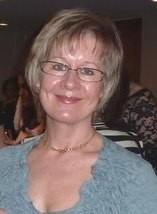 Joining up the dots

(or avoiding the boring bits)

The notion that I could write the book I wanted to read first dawned on me when I was ten.  It was my fifteen year old sister who inspired the idea when she decided to write her own Georgette Heyer style Regency romance.

Just a few pages long, my story was non-specifically set in the ‘olden days’. I no longer have it but retain a very clear memory.  Three women, one a teenage girl, went by boat to visit a lighthouse - the type set on a rocky crag, surrounded by sea. Don’t ask me why, they just did.

The lighthouse was manned by three men, one a youth of sixteen.  No sooner had the visitors arrived than the weather deteriorated, trapping them there.  During the storm the youth went outside to secure the wave-tossed boat which had brought the women.  He fell on the rocks, injuring himself. From then on he had to recline on a sofa while my young heroine tended to his not very serious wounds.

At this point my imagination gave out.  I had a sense of the romance of the situation, but had no idea how to convey it.  And anyway, there was an awful lot of boring domestic stuff to be waded through about the preparation of meals, walking from one room to another, going to bed, getting up, combing hair and brushing teeth.

I continued to write ‘novels’ throughout my school days.  Many were started, none finished.  They all foundered on the same obstacle.  Though by this time I thoroughly enjoyed writing the juicy bits - the smouldering glances, the smoochy dances, the kisses and embraces - I soon ran out of steam writing the connecting passages.  And yet I felt guilty, as if it was cheating not to detail the passing of time by giving every dot and comma of my heroine’s life - her journeys back and forth on the bus, her visits to her mother, her shopping trips, her excursions to the launderette.  I believed a ‘real’ writer was somehow duty bound not only to describe his character’s adventures, but to describe the minutiae of everyday life as well.

It wasn’t until much later that it really came home to me that these descriptions of the mundane are rarely needed.  If it bores you to write a passage, it’s a fair guess that it will bore your reader.  Of course you need to set the scene. You need to convey the passing of time. You need to evoke smell, taste, touch and to create a believable world in which to set your story. But unless a minor domestic detail is crucial to the plot - in which case it is cheating not to let the reader know it - then it’s unnecessary to follow your characters’ every move from waking in the morning to pulling the duvets up to their chins at night. You can trust your reader to fill in the blanks.  Yet it’s surprising how many established authors still allow themselves to get bogged down in the trivial.

Last year I bought Stieg Larsson’s Millennium trilogy.  For the most part I enjoyed it.  It was a good yarn, but....  In ‘The Girl with the Dragon Tattoo’ I became mightily fed up with descriptions of the hero - Mikael Blomkvist - getting up in the morning, looking out of the window, having a shower, drying himself, getting dressed, walking into the kitchen to make coffee,  opening the door, going outside, sitting on the veranda, drinking the coffee...  ‘I get the picture!’ I wanted to shout at my Kindle.


I admit I may be exaggerating a little to make the point, and I apologise posthumously to Stieg’s memory, but you know what I’m saying.  And the point remains valid.  You don’t need to join every dot.

Thank you very much, Gilli! Lovely to have you here - you are my first guest author!

The class meets once a week to draw the human figure. For four of its members, life hasn’t lived up to expectations. All have failed to achieve what they thought they wanted in life. They gradually come to realise that it’s not just the naked model they need to study and understand. Their stories are very different, but they all have secrets they hide from the world and from themselves. By uncovering and coming to terms with the past, maybe they can move on to a different and unimagined future.

Dory says she works in the sex trade, the clean-up end. She deals with the damage sex can cause. Her job has given her a jaundiced view of men, an attitude confirmed by the disintegration of her own relationship. The time seems right to pursue what she really wants in life, if she can work out what that is. Love doesn’t figure in her view of the future – she’s always been a clear eyed realist – yet she finds herself chasing a dream.

Stefan is a single-minded loner, whose sole and overriding ambition is to make a living from his sculpture. So how the hell did he find himself facing a class of adults who want their old teacher back? Although love is an emotion he long ago closed off - it only leads to regret and shame - it creeps up on him from more than one direction. Is it time to admit that letting others into his life is not defeat?

Fran - Dory’s older sister - is a wife and a stay-at-home mother without enough to keep her occupied. On a collision course with her mid-life crisis, Fran craves the romance and excitement of her youth. An on-line flirtation with an old boyfriend becomes scarily obsessive, putting everything she really loves at risk.

Dominic - has lived his life knowing all about sex but nothing about love. If he can only find his mother perhaps he can make sense of his past. But perhaps it is a doomed quest and it’s time to look to the future? By accepting the help and love that’s on offer here and now, he has a chance to transform his life. 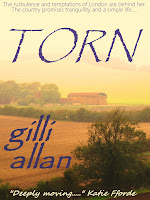 Posted by Elizabeth Bailey at 16:17

Elizabeth Bailey
If you need personal help, I'm doing one to one mentoring with a critique and assessment service. (helpingwritersgetitright.co.uk) It's geared directly to your needs and won't cost an arm and a leg. I've written around 35 full length novels and had 20 published. I work in historical romance, mainstream lite lit and historical crime. I've taught drama and writing for donkey's years, assessed for the RNA and privately, plus run numerous workshops and seminars on writing. I was an actress, am still a director and have a strong belief in the power of artists to enhance the lives of others. Whatever you need, I can and will help. That's a promise.